Which Car Company Was The First To Offer Air Conditioning In Its Cars? 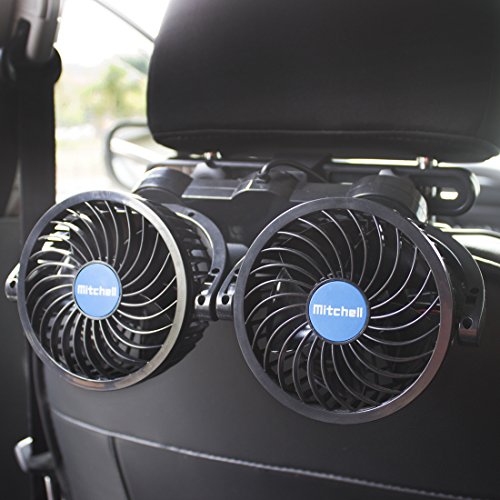 Car air conditioning has become a must-have in a new car if it is going to get sold. However, it might interest you to know that it has not always been this way.

Before now, having an air conditioner in your car was more of a thing of a luxury than a necessity. You needed to belong to a certain financial class of society. When you go back in time to how this all started, you would understand why. So, join us for a little time travel.

The first car that was made came out in 1886. Most of the features that you would use to define a car now were not in this car.

The first car with a manufacturer designed air conditioning system was introduced in 1939. Before this time, there had been several inventions to the aim of creating cooling systems for Automotives.

In the process of trying to come up with the perfect cooling system, there were a lot of barriers researchers had to overcome.

They needed something that was small enough to fit inside the car, it had to be non-toxic, and it also had to be powered by a non-flammable refrigerant. At the end of the day, General Motors came up with a working cooling system that was Freon based.

Several modifications were made before Packard finally came up with its first set of standard A/C systems in 1939.

Refrigerants were another issue inventors had to deal with when it came to cooling systems. As a result of climate control, some of the refrigerant options had to be removed for less toxic alternatives.

With time, the R-134a also got replaced by the R1234yf refrigerant in the car air conditioning systems. This offered great cooling properties and little effect on the environment.

Before the introduction of car standard air conditioning systems, there were different attempts to provide a cooling system for cars. We will now go through the timeline to see how these cooling systems evolved up until the present day versions.

In 1903, cars did not yet have the enclosed design yet. So, in order to shield themselves from the heat of the sun, drivers installed large umbrellas. This did not make the heat go away completely. However, it was easier to go on longer journeys in the heat of the day than with the open cars.

In 1919, Kool Kooshion came up with the seat cover. The seat cover was a smart device that used small springs to lift the drivers about half an inch above the car seat. This allowed air to go behind and underneath the driver.

The main idea was to evaporate sweat at the back and bottom and in turn, keep the driver cool. The interesting thing about this is that this technology has evolved over time and is still being used to date.

Two years down the line, new cars were now having the enclosed design. At this point came the Knapp Limo-Sedan Fan. This was a small electric fan that was added to the inside of the car. Now, these fans were not exactly air coolers.

They basically just made the heat a bit more tolerable. They produced a breeze that evaporated sweat.

Finally, the first car that offered an air conditioning system was introduced in 1939 by Packard. They were the first company to do this in the car manufacturing industry.

The air conditioning was a rear-trunk system. To turn it on or off, the drivers would have to manually place or remove the drive belt from the compressor of the A/C systems.

Now, to have this in your car would cost about $274. This was at a time when the average annual income of citizens was less than $1500. This was expensive tech.

This price and the World War caused the option to be unusable and, therefore, cut out.

One year after the reintroduction of conditioning systems to vehicles, Pontiac and Nash came up with a new design for air conditioning. They were the first two companies to place the air conditioner in front of the new cars.

Nash designed a system that combined the heater and cooler in one in-dash design. This is the design that most new cars now incorporate.

They released the first car with a cooling system that allowed the drivers to adjust the system to a certain temperature. This way, they were able to maintain a stable and comfortable temperature inside the car.

This was the first car to air conditioning as standard equipment. These new cars were groundbreaking because even the luxury companies did not have this yet. You would have to incur extra costs to have air conditioning installed.

One year after the emergence of the AMC Ambassador, more than half of all the new cars that were made had air conditioning.

Prices pulled from the Amazon Product Advertising API on:

Product prices and availability are accurate as of the date/time indicated and are subject to change. Any price and availability information displayed on [relevant Amazon Site(s), as applicable] at the time of purchase will apply to the purchase of this product.

Now, we have gone through the formal timeline that brought us to the modern-day system we now utilize. For this section, we’ll be looking at other experiments and air conditioning systems that were on the radar at some point in the timeline.

In order to keep cool in an enclosed car designed before the 1940s, people would install an adjustable windshield. This windshield could open vertically also.

With time, the design evolved into windows that you could raise up and down for your preferred airflow. Manufacturers also placed vents under the dashboard that help with the circulation of air.

Cars that had convertible tops allowed sufficient airflow whenever the tops were lowered.

These were very basic cooling systems, and they were not the best. This is because they offered a somewhat sufficient quantity of air, however, there was a problem with the quality of air.

These cooling systems could not allow the passengers to filter the air of dust, dirt, and even insects.

Through the years, the cooling systems used for cars evolved in different ways. However, in the 1930s was when most of the experimentation for car A/C systems was done.

In early 1930 came the first cooling device that made use of the evaporation of water. The models before this functioned by evaporating sweat.

The cool air was blown into the car through the open window on the passenger’s side. Although this was a very good attempt at getting the inside of the car cooler (which worked), this system had a few drawbacks.

This system could only function in areas where there was low humidity, and generally, it was quite inconvenient.

Two pipes on either side of the front seat directed the air down to a fan that circulated the air around the passenger area.

The unit, looking like a trunk was placed tightly at the back of the car.

After this, more research and development began to happen. In the same year, general motors came up with the idea of using vapor compression systems with the R-12 refrigerant.

In 1933, the company began to work on plans for the vapor compression unit. After various tests regarding the temperature capacity unit, the first prototype was finally released in the year 1939.

This prototype was installed in the back of a 1939 Cadillac. It was after this that Packard came up with the first complete all-condition air conditioning system (as we mentioned earlier).

So, when asked what company was the first to offer air conditioning in its cars, a lot of people would say it was Packard. However, based on this article, we can now see that it didn’t just start with Packard in 1939.

Air conditioning in cars goes way back into the late 1800s and early 1900s. It only went through multiple modifications before finally getting to the complete A/C systems by Packard, which paved way for what we use today.

Why Is My Air Conditioner Not Cooling The House?

What Temperature Should I Set My Air Conditioner In Summer? What Temperature Should I Set My Air Conditioner In Summer? Why Is My Air Conditioner Not Cooling The House?

How To Install Central Air Conditioning Yourself

We have an affiliate relationship with Amazon and may be compensated when you buy on Amazon through the affiliate links on this page. But do note that it doesn't increase the cost of the products to you in any way or determine our verdict on a product/service.